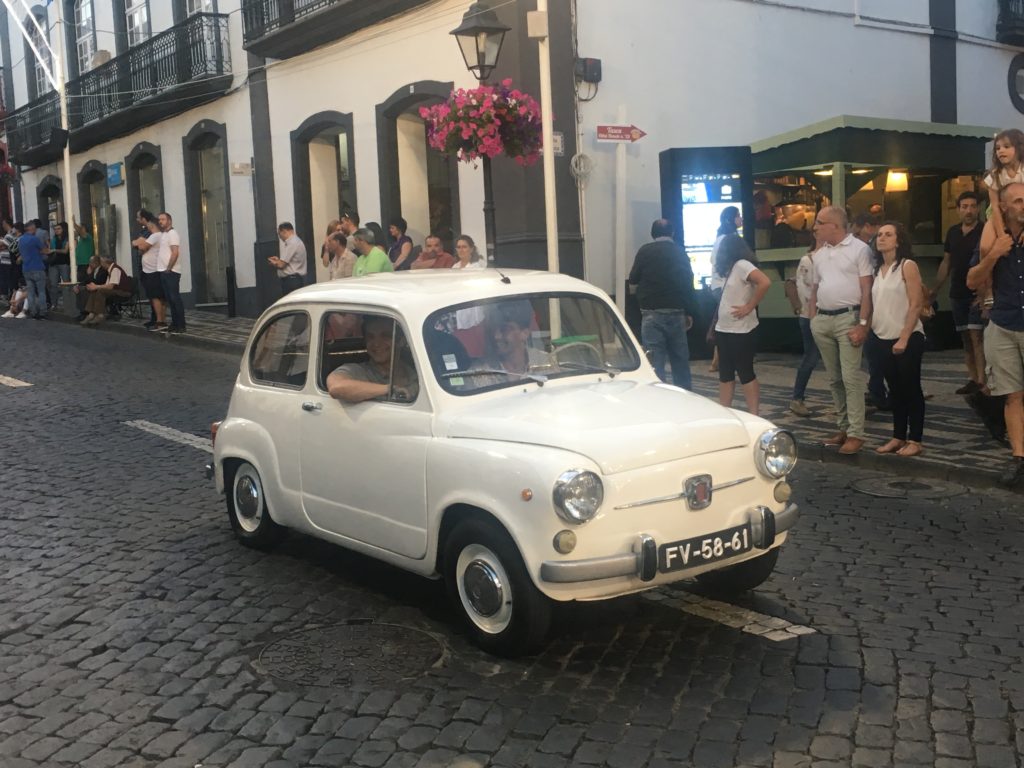 and after that fire fighter brass bands and drummers crashed down into the main plaza, each with their own deafening drum performance when they got to the church. The next couple nights were all about the kids. Bouncy castles dominated every street but becuase of the irrational and illogical laws of the adult world, a sixteen year old like myself couldn’t bounce in them. A true tragedy I know. The last night was the best though because that was when there were three enormous floats with an entourage of costumed people making their way down the plush red carpet that was laid out. The last and greatest one was a huge dragon, Toothless, to be precise from my absolutely favorite movie, How to Train Your Dragon. They even blared the theme song into the street and the float had an entirely accurate depiction of the fictional island, Berk, town hall, Gronkel house and all. So there was also a bit of a running of the bulls on this island. I didn’t go. To tell you the truth I’d just get depressed. It’s a bunch of young, stupid guys with way to much time on their hands and way too many insecurities trying to look cool by slapping a poor bull on the butt or almost getting run over by it. Also, I hardly think the bull has a good life, being constantly yelled at and terrified to the point where it killed two people last year. That doesn’t mean other people can’t enjoy it and it is an interesting cultural thing, but I just wanted to explain why you won’t be getting a whole big colorful Helen explanation of the event.
Moving on, did I mention we were staying at a banana camp the whole time? That’s right, a banana camp, with huts, camp fires, and a whole lot of bananas.

Maddy especially liked this place even though one our second night there we were awoken by the dreaded sound of a cat going through a trash compactor. The CAGARRO WAS BACK. Commence the horror movie music.
Luckily though we survived the Cagarro’s second reign of terror and managed to clamber back aboard the boat and on to Faial, our last island and one that I do in fact know the name of. Not much happened on this island for us. Lots of chilling and lounging around. We did have a killer Fourth of July party, gag worthy red white and blue flags everywhere and blasting American pie out of the boat speakers. It rocked.
So today we had our last interesting experience in my opinion. We went to see this peninsula made only sixty years ago by a huge volcanic BOOM. 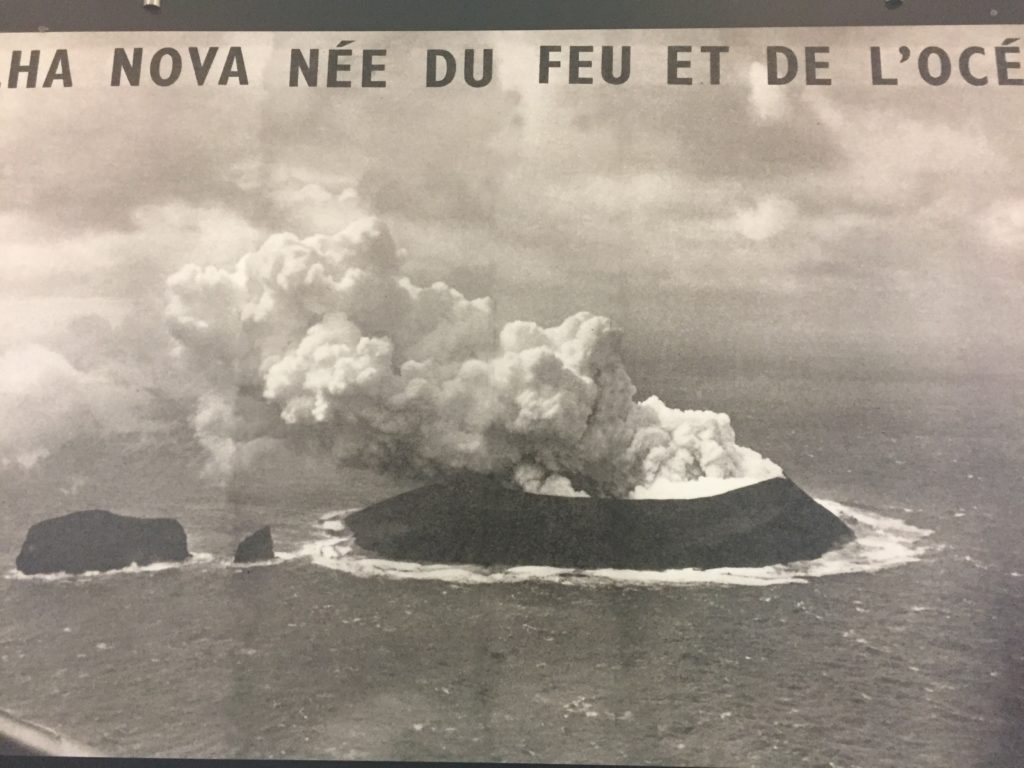 It was really incredible to see, “too cool for school” as Uncle Peter said. There was even this space age looking museum built UNDERNEATH the ground!!! The caldera itself was spectacular and really indescribable so I’ll do my best. The entire formation kind of looked like a layered vanilla Carmel cake with light frosting on the top and chocolate cookie crumble sprinkled on top for volcanic ash and sand.
We saw that about a half hour ago so that’s really all there is to this trip. It’s been a short but sweet one. Thank you so much for reading and commenting some equally sweet things and sea you next year!!!!!!!!!!!!